The problem with abuse is that when it has consumed your experience, you cannot identify it. There is nothing to compare it to. As a girl becomes a woman, society censors the honest discussions she needs to properly prepare herself for the inevitably imposed sexualization of her physical development of secondary sex characteristics. As a result, she is often left with little guidance. Her foundational socialization practices remain her only defense.

In most of the world cultures those formative years are set in black and white thinking, virtuousness that can only be achieved through chastity, or, promiscuity in the whore who wants sex all the time. There is no understanding of the sexual nature most women have, because we are all viewed and judged from a lens out of touch with the feminine experience.  Women who have accepted the imposed roles of chastity or promiscuity can be found fighting for the right to choose one of the two polar extremes as if they embody choice!

As long as we try to define our experience from within an imposed male structure, we will continue to ostracize some, if not most, of our sisters. The polar perspective that has been imposed on female sexuality will continue to limit the discussion and options offered for girls coming of age because those of us who have suffered continue to remain silent. 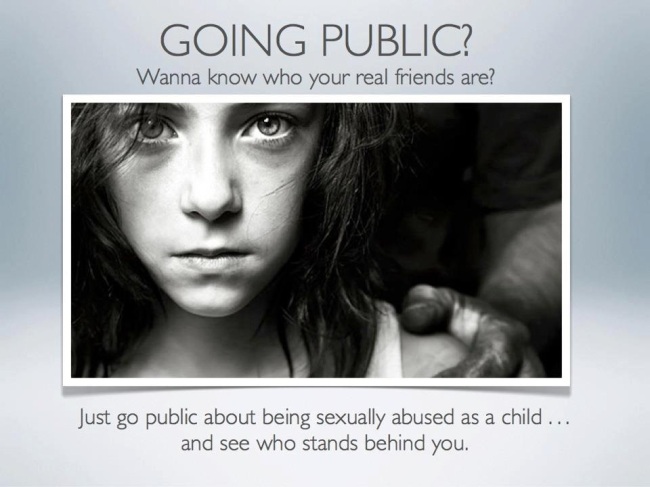 ACT I: Making a name for oneself through victimizing girls coming of age

I attended an overcrowded high school where all the corridors teemed with more bodies than they could accommodate. Students were slammed into each other amid the blur of body parts… but inevitably they would find me.

“I hear that you get real juicy” one upperclassman breathed in my face as he slammed me into the wall and groped my chest, “will you sit on my face?”

Two guys joined him as I looked down at the floor. My stomach lurched forward as if I was going to throw up. My heart pounded as the two encouraged the first to continue his assault.

At swim team practice the girls would talk in corners of the dressing room, looking my way and laughing.

Eric would come over and rape me in one room while my parents sat in the next.

At his home, his mother would come by the room as Eric was taking off my clothes, “Don’t take advantage.” One time. There was no other intervention.

It had been almost 3 months since I had last bled. I was taken to the University of Pennsylvania to see why I had stopped bleeding. I prayed for some terrible life threatening disease.

My adoptive mother decided to call the family doctor, Dr. Feld. He called the house and I was put on the phone with him. “Did you have sex with this boy,” he asked me.

I was so ashamed. I got off the phone traumatized.

The word came the day of cheerleader try-outs. I was picked up by my adoptive mother…

“See you later Amy” the other girls called to me.

“They seem to like you, “my mother said to me in almost disbelief.

“YOU SLUT,” my adoptive father yelled at me as he paced the hall.

“Kneel and pray for forgiveness,” my adoptive mother told me.

I was told that I was to have an abortion. No discussion on the topic despite the fact that I distinctly remember having a conversation with my adoptive mother arguing my preference for an anti-abortion stance. This abortion was about her and keeping this revelation was to be the family secret.

“You should be grateful that Dr. Percell is going to do this,” she told me, “this is the kind of procedure that could make him lose his license.”

We drove to the hospital in silence. I was admitted and examined by an overly eager intern. “She doesn’t look much like 14,” he said to my adoptive mother who said nothing.

That afternoon I was discharged to see Dr. Letterman, a psychiatrist. I was entering psychoanalytic treatment that would last 6 years, for 5 days a week. During that time, she never asked me if I was raped, or discussed what would constitute sexual abuse, instead, she would tell me that I did not have the intelligence to become a physician, and that I was a slut.

After the abortion, Dr. Percell and my parents decided that I should be on the pill. There was NO discussion about the complications of hormonal treatment, the lack of medical history that we had of my biological family.  Stopping my fertility was just as forced as my sexual experience with Eric had been. Again, I complied.

Now it would be open season on my body. Anyone could do whatever they wanted without consequences.

After returning home I found out that the family friend who had spent time trying to watch me shower knew about the abortion.

PULL YOURSELF UP BY YOUR BOOTSTRAPS? I would have to spend the next 20 years unlearning the poison that was force fed me during the first 20. 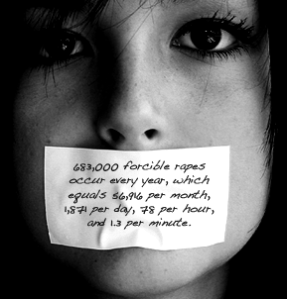 I don’t mean to be a problem but…. At the age of 14 ALL my night terrors were created. The images that revisit in my head are a problem for me. The flashbacks are so vivid and they intrude with such force, that I am always breathless.

The first kiss was more teeth then lips. The force with which he pressed his mouth on mine was so hard that I was bruised for several days afterward.

“You turn me on,” he told me, “only prudes will not relieve the guys they excite. It hurts. Nice girls don’t leave guys with blue balls.”

The time we spent together he spent teaching me how to pleasure him and him alone. If I hesitated, he would tell me not to be a prude. He couldn’t be with a prude.

I would panic at those words….

My training to succumb to those kinds of threats have been completed…“Why can’t you be more like your sister,” my parents would tell me, “she is so well behaved, so good at school. I think it would be best if we just sent you to reform school. Then maybe you would learn just how good you have it.”

Inevitably those times I would be indoctrinated into another method to pleasure him. As if I had to prove my worth to him. He never used his words. He demanded my body to meet his needs, regardless of the pain that it caused me. I never winced. I never moved. I obeyed regardless of the fear that took residence in my heart. I couldn’t be abandoned or rejected yet again!